Slavonic Island was formed during the 17th and 18th centuries from alluvium under the Štítkovský weir. After the flood of 1784, the island was fortified with walls and trees were planted on it. Originally, there was a spa with an inn, which was later converted into a family house and a restaurant with a large ballroom. A major neo-Renaissance reconstruction was carried out in 1884 according to the plans of Jindřich Fialka. The Žofín Palace was named after the mother of Emperor Franz Josef I, Archduchess Žofia Frederic of Bavaria. The Žofín building represents a significant free-standing landmark of the Slavonic Island with rich interior decoration. The place is also important in terms of Czech history as a center of social, cultural and political life. 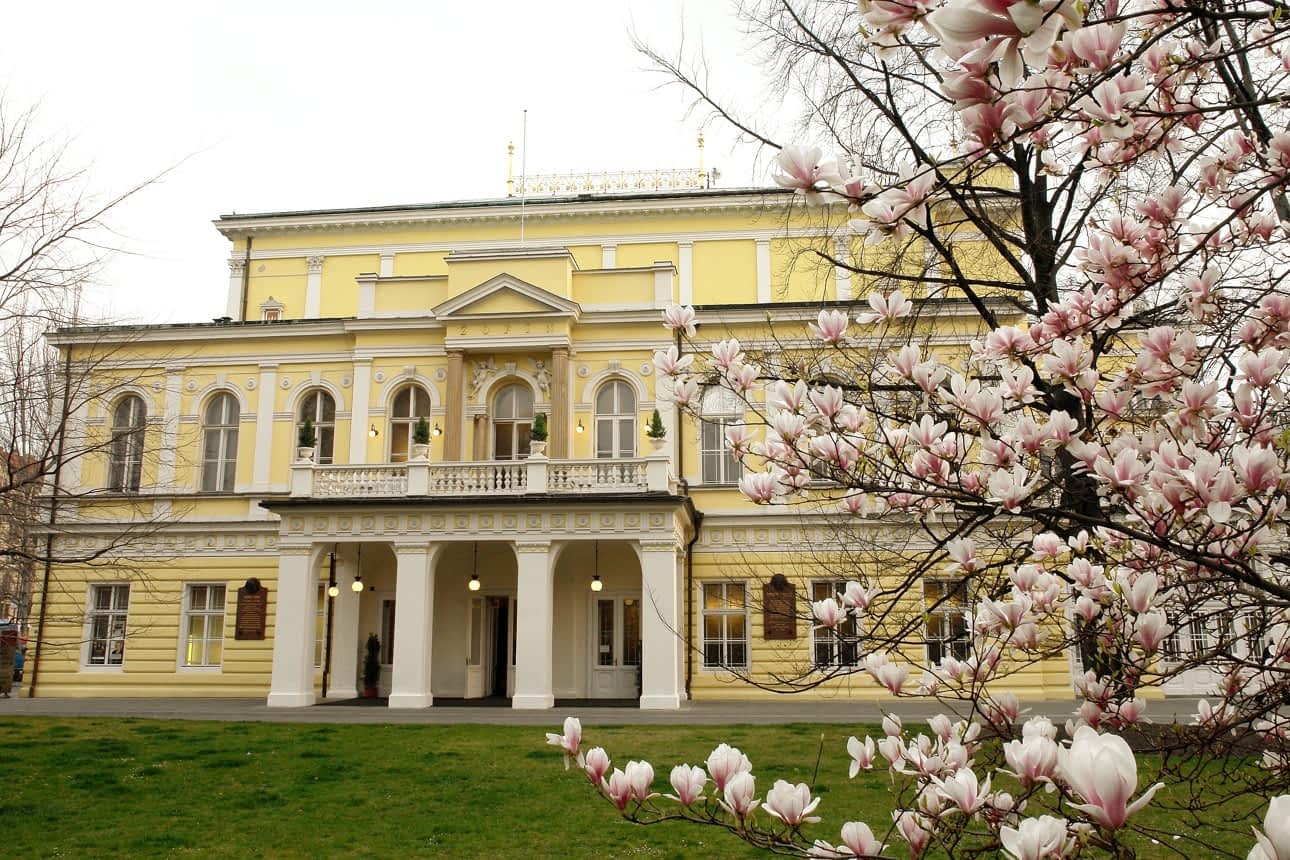